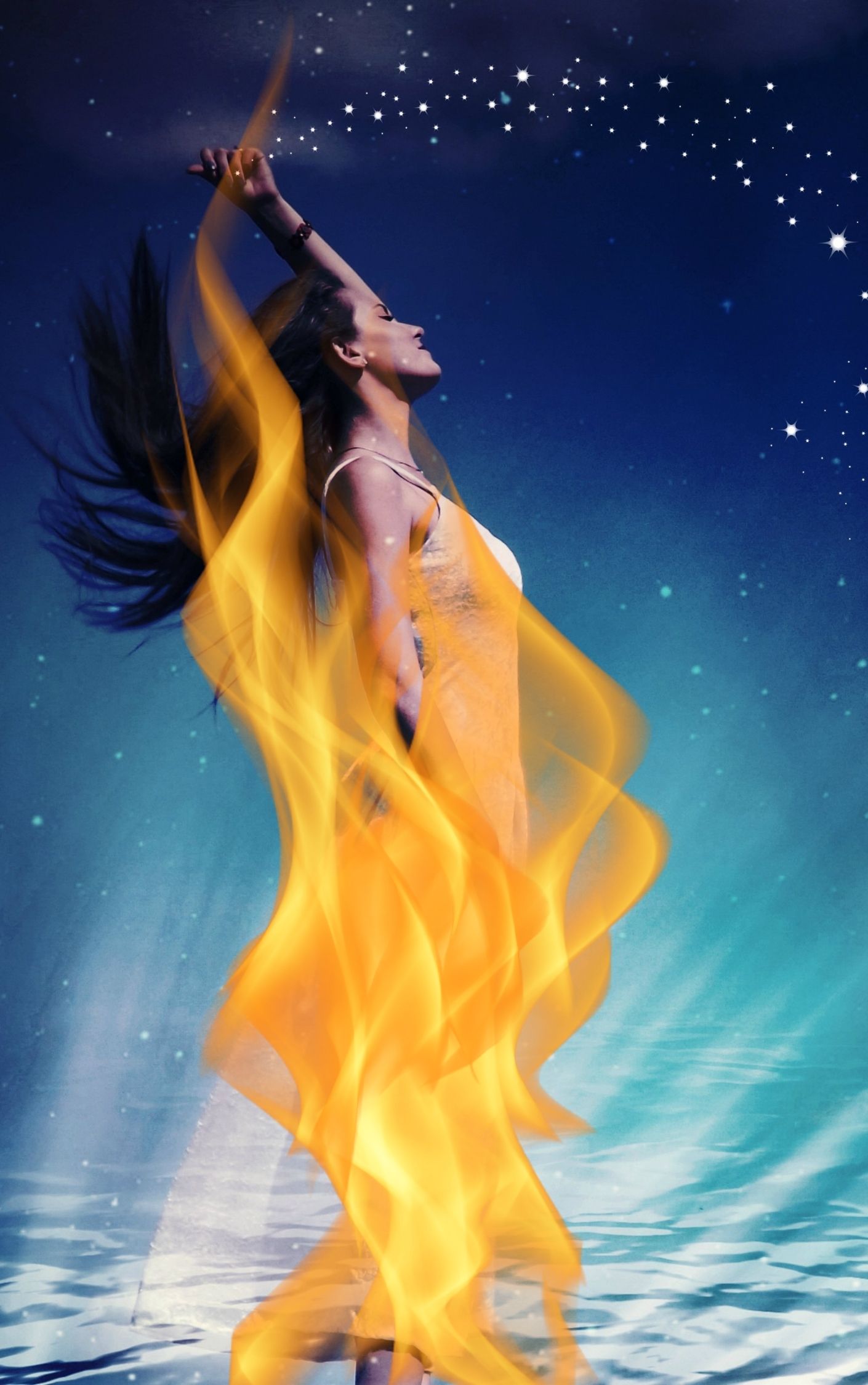 Many years ago I wrote a book, based on a side character in Aurélie, Gates of Immortality. Cecilia is a witch-werewolf who appeared as Aurélie’s nemesis-turned-ally, and I found her so intriguing that I decided to write her story. It became a rather long book, and something about it never sat right with me, until I finally realized that such an epic fantasy had to be split into three books. So, now, years later, The Bewitched Mirror Series is finally out, and I feel much better about this result 🙂 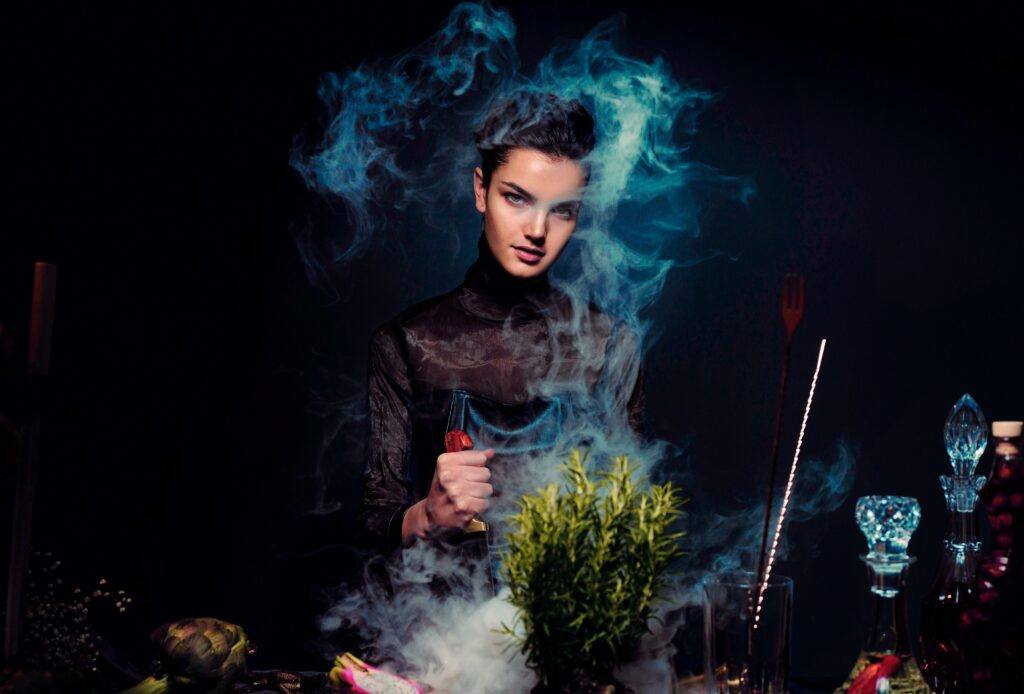 First, a little info about Aurélie

The Aurélie series is about a young Parisian woman who finds herself in the chaos of the French Revolution. When a radical revolutionary fatally stabs her, Lucan, an ancient Roman vampire, saves her from certain death and launches her into the world of immortality.

Aurélie, Gates of Immortality is the third book in the series and it’s the one where Cecilia is introduced.

Cecilia is not just any werewolf, she is also a witch. I found her character fascinating, and I knew that a witch-turned-werewolf provided material for a great story. So, I started writing.

A Little More about the Bewitched Series

Cecilia’s story became an epic tale that traversed two continents and centuries. This gave me the opportunity to bring in several paranormal creatures such as the quirky ghosts of her ancestors, Thora and Isabella, who are always ready to tease her and who provide a little humor to this dark tale. Other creatures are werewolves, vampires, a hybrid, and a banshee who each show up in different parts of this series.

Akira, the fount of the werewolves, already appeared in Aurélie, on the Road, Aurélie, Gates of Immortality, and Lucan Part 2. So, he is no stranger to my fantasy books. In the Bewitched Mirror series, however, he has much more of a presence and plays an important role in Cecilia’s life.

Cecilia’s story begins in Spain in 1527, a few years after the conquest of the Aztec Empire. With the help of Hernando, a young adventurer, she narrowly escapes the overzealous persecution by the Catholic Church, and she sails to New Spain, hoping to start a new life away from the villagers who have shunned her all her life.

Hernando owns a large estate, courtesy of the Spanish crown for his services as a soldier during the conquest of the Aztecs. In New Spain Cecilia finds herself among the ruins of this once great empire, and her witch powers pick up on the voices of many lost souls, spirits who haven’t gone to the afterlife.

Her new life with Hernando is shortlived when her past catches up with her and both Hernando and Cecilia have to face a fearsome enemy, a pack of werewolves.

After suffering a tragic loss, Cecilia is wounded, and branded by the lycan’s curse. At the next full moon she turns into a werewolf with unrivaled powers. Combined with her witchcraft and mind abilities, she becomes a werewolf that is unique in her kind.

Yet, once more she finds herself alone.

Now that Cecilia has been thrown into the violent world of immortals she struggles to find stable footing. Inner demons from the past and present and the loss of Hernando torment her. Unable to find peace, she embarks on a journey to different werewolf lairs, even continents apart, only to see that the very peace she is looking for is always brutally snatched away.

Being a witch-werewolf and unable to count on the mirror’s guidance, she is an outcast among her kind. She struggles to be accepted and only finds solace – and occasional annoyance – in the company of the eccentric ghosts Isabella and Thora.

She exacts revenge for an innocent victim she hardly knows, finding redemption for the pain of her past.

Akira, the fount of the werewolves, is impressed by her many talents and he asks her to be his lieutenant. Encouraged by Isabella and Thora, Cecilia takes on the task, blinded to the fact that Akira may have ulterior motives, unaware of his love for her, and rejecting it when the veil is lifted.

All she knows is that if she wants to survive in this world, she needs to be re-united with her mirror.

Her quest to find some direction in her existence turns into a path to one final battle, to stand up to an unknown foe, an enemy so powerful that even the strongest immortals tremble at the mention of the nameless Ancient One.

Unwilling to lose any more loved ones, she teams up with Akira, a band of vampires, a banshee, and a hybrid to confront the nameless one who turns out to be an all too familiar nemesis.

Besides monsters such as werewolves and vampires, Cecilia also has other fiends to fight, her own inner demons.

I thought it was important to include a human side to her lycan form. Besides love, fear, rage, humor, and a whole range of human emotions, traits, and values, mental health can hardly be ignored.

Considering everything she is going through, she obviously struggles to digest it all. Any other normal person would, and I always find the tough, ever-joking-in-the-face-of-extreme-danger heroes incredibly unconvincing. Yet, they seem to be a popular breed in books and movies.

Cecilia was raised by a single mother who was terrified of their family’s magical inheritance. Overprotective but cold and distant, her mother fails to build a strong bond with her daughter. The latter is insecure about her physical appearance, and the evil slander in the village doesn’t help one bit.

Hernando is the first man she ever loved, and losing him launches her into a deep depression and even a wish to join him in death. It takes her a while to get over this and to find her zest for life again.

By adding these elements I attempted to keep her character – although in a fantastical setting – as real as possible. I find that fantasy lends itself to describe common problems in society or tackle issues such as mental health.

So much happens in this story that it was necessary to split it into three books.

See, something always bothered me about it, but I could never put my finger on it. Separating Cecilia’s tale into three books seems to make it complete at last. Now, I finally feel ready to share it with the world 🙂

Amazon disclaimer: as an Amazon associate I earn a small comission from qualifying purchases, at no extra cost to you.

8 thoughts on “The Bewitched Mirror Series – an Epic Fantasy”