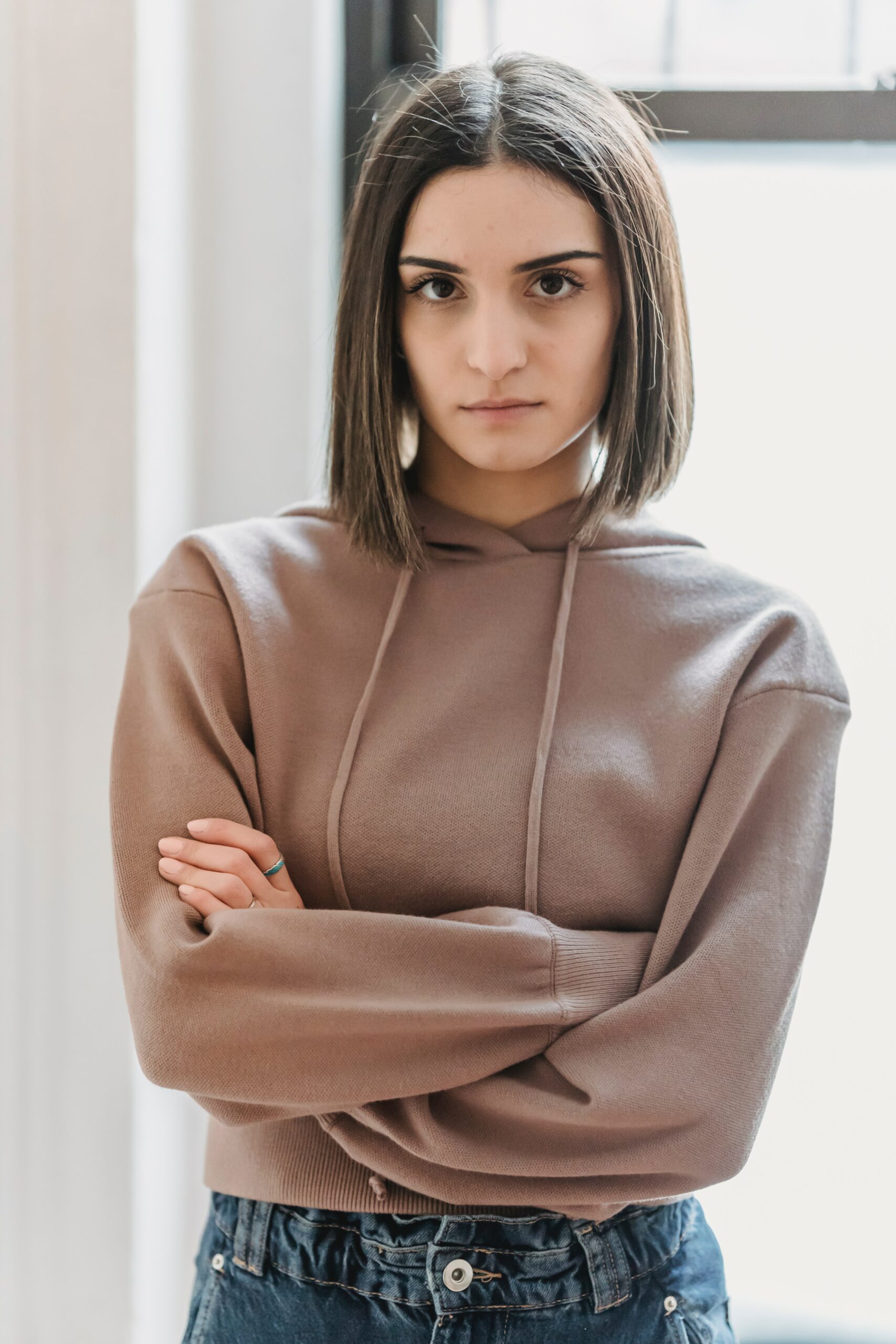 There are writers who write and then there are writers who spout out rule after writing rule on social media. You can’t do this, you can’t do that. I hate this, I don’t like that. There seems to be an endless list of what we should and shouldn’t do, but in all honesty, a story comes out of you the way YOU write it, not the way it is dictated by some select writers’ preferences. And prologues are on that list of “nay”.

Preferences are personal, and let’s face it, you can’t please everyone. How tiresome would that be to ensure that everyone is happy with what you do. You would never rest and you wouldn’t be doing yourself any favors. 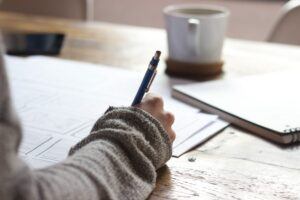 That being said, although I write to escape the reality of this world, I do want my readers to enjoy my stories. Naturally, I pay attention to how times and writing rules have changed. Long descriptions aren’t everyone’s thing anymore, not like it used to. I love to read long, detailed descriptions and I’m usually thrown off by a plot that is so fast-paced that I don’t remember how the characters got from point A to point B.

However, a fast pace is what is more popular now, and so I combine it with what I like, adapting to the times, but still keeping my stories as part of me. As a writer you cannot and must not lose your writing identity.

I have no rule about that. My only rule is: do what you feel comfortable doing. Do what you feel is right for the story. If your book has no need for a prologue, then skip it.

If a prologue is necessary, if it can reveal some important information or an intriguing prelude to the described events, then by all means, go for it.

I’ve read fascinating prologues but also long winded and boring ones that felt superfluous. I think that the latter are the reason why so many writers oppose prologues and basically skip them when they read a book. I do feel, though, that a well-written prologue can catch a reader’s attention, if it’s relevant, if it is an integral part of the story.

Sometimes, prologues are so eloquent and gripping that you simply must continue reading. So, a lot depends on what you include in your prologues – and also what you delete.

Knowing that some people frown on prologues, make sure that only what’s absolutely needed is included. Your prologue is your introduction to the reader, so make it appealing, make your reader want more. 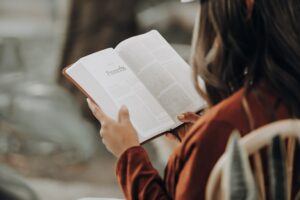 You could do more research, of course, and read all kinds of explanations why a prologue must be ommitted or when you can include it, but at the end of the day, the only person who can write your book is you.

The rules that matter are grammar and spelling, sentence structure, and fluency, but when it comes to your story, it is YOUR story and no one should tell you how to write YOUR book.

The story I’m working on right now is about a villain. All my life, my main characters have been battling dark forces, they were never a part of the dark.  A little over ten years ago I created an antagonist who seemed to deserve her own book. Back then, I didn’t think I should write a book about her.

Some friends who read Aurélie remarked on how interesting Giada was and how she even evoked some sympathy in them. One friend mentioned that he would love to read more about her, and so I started thinking about a book.

Suddenly, I remembered that I had written a prologue for her book about five or six years ago, and then just dropped it, forgotten all about Giada’s story. So, I opened that old document that was stored on my USB, read the prologue, made some corrections, and started writing the first chapters.

So, here’s an excerpt of her book. Here’s the controversial part of the book that gets so much attention in Twitter discussions. The dreaded prologue … Do you hear the drum in the background, announcing an “unpleasant” experience? Well, could you do me a favor and read this prologue? If it’s not too much to ask, would you tell me your honest thoughts in the comments below?

(The following excerpt has copyright)

Thank you very much!

Prologue to my New Release 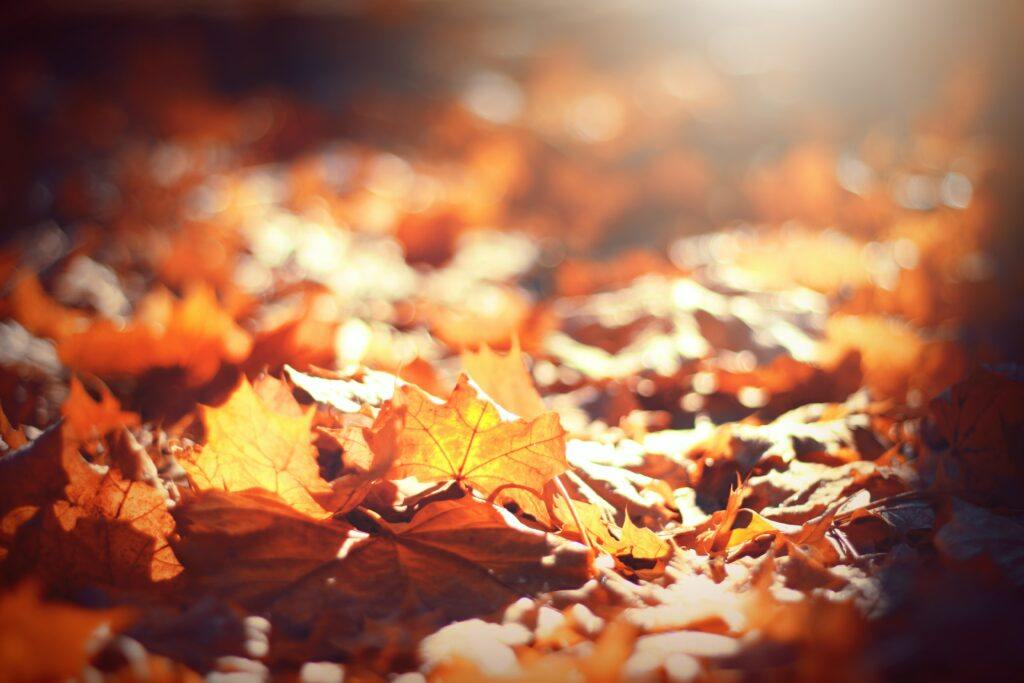 The gentle breeze rustled the golden autumn leaves in the trees. Many of them had already withered and died; and the wind carried them slowly but deliberately down to the cold forest ground, covering it in thick layers of brown, auburn, and golden leaves.

Such a peaceful scene in mid fall … it could inspire any artist to bring this life to canvass, capture the striking colors forever, to be beheld by anyone who wished to look upon this beauty.

The late afternoon sun was shyly moving away, getting ready to sink in the horizon, shedding her honey and rose shadow over the thin clouds in the sky, illuminating it before darkness would ask for permission to enter.

Nevertheless, here, on these grounds, the night did not need permission to set. In fact, it was more than welcome here.

Indeed, the beautiful scene was only appealing to the eye; but on closer view, one could see that this part of the forest was devoid of life, except for the trees and plants that had found a way to live with the fiend lying in wait below.

The sound of happily chirping birds was absent. No deer visited these parts, no boars: no animals at all; not even insects dared to zoom over the colorful carpet of leaves. It had been a long time since mosquitoes had clustered in groups here at dusk. Even flies wisely stayed away; and also bats knew better than to hunt here. First, there was nothing to catch, and they were well aware of the threat below them. It wasn’t worth the risk. 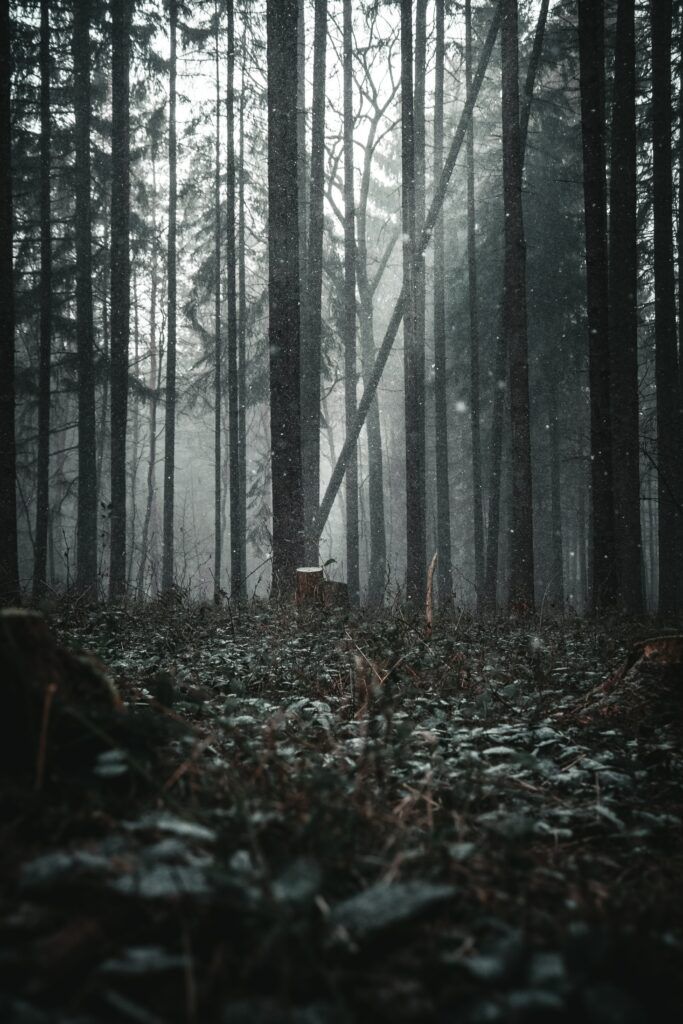 The occasional traveling bird or cricket or some wandering ants did wind up here once in a while, but they never survived to tell the tale.

People had not come here in two hundred years – this area lay off the beaten path. Luckily, it was not part of the confusing hiking map that local tourist shops offered on sale.

For deep below the thick carpet of leaves it lay waiting, had been there for centuries, patiently awaiting a chance, knowing that one day it would come … one day …

It didn’t breathe, and it was shriveled and dry; but a tiny thread of life remained in this shrunken, black thing, stubbornly holding out for an opportunity to rise again. It had survived on worms, ants, beetles, crickets, spiders, and also bats, and birds. When the unsuspecting animal got too close, it beckoned them, forcing its victim to approach without a will to resist. Then it sucked them in, and they disappeared into the eye, the shriveled, blackened, ancient, and moldy eye, giving it life, but not enough to grow.

It was patient. The right victim would arrive one day.

But the animals were clever, and they soon realized what horror was lurking in the forest ground. They avoided this cursed part; and consequently the eye withered and dried, holding on to its last embers of life. 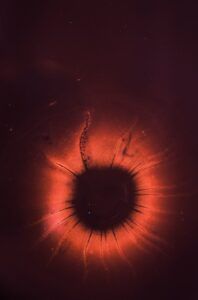 Thirst for revenge kept the eye alert, ever awaiting the one victim that could provide it with enough blood, enough to rise again and become the monster it had once been. Even the lack of available blood did not discourage it from its goal. It would find the craved life fluid; it would find sustenance; it would grow and come back from the dead; and it would punish the one who had killed it.

The eye’s ever growing threat became so great that even stray animals passing through these woods would pick up the looming danger, and soon the eye was left with no sustenance at all, no victims, and no blood. It shriveled away once more, for the first time fearing that there was no hope to resuscitate. It blackened and dried and began to look like an ordinary rock that had been discarded in the high grass.

The eye still waited, but there was nothing to wait for anymore. It would soon enter the sleep of the millennia, forever forgotten. Anger consumed it, and it cursed the one who had separated it from its owner, the one who had killed the immortal it had belonged to, the same immortal whose essence still coursed through this shriveled eye, however faintly.

One day it felt the sound of footsteps on the ground and it rejoiced. Blood was coming. It waited patiently as the footsteps approached and then stopped nearby. Dry grass was swept out of the way. Someone was searching.

A sharp intake of breath.

Then a hand closed around the eye.

I would love to know your thoughts about prologues, whether you like or don’t like them, don’t care either way, and if you liked this prologue for Giada’s story. Would it make you want to read more?

Amazon disclaimer: as an Amazon associate I earn a small commission from qualifying purchases, at no extra cost to you.

16 thoughts on “Should I Write a Prologue? My Prologue for my Upcoming Release”