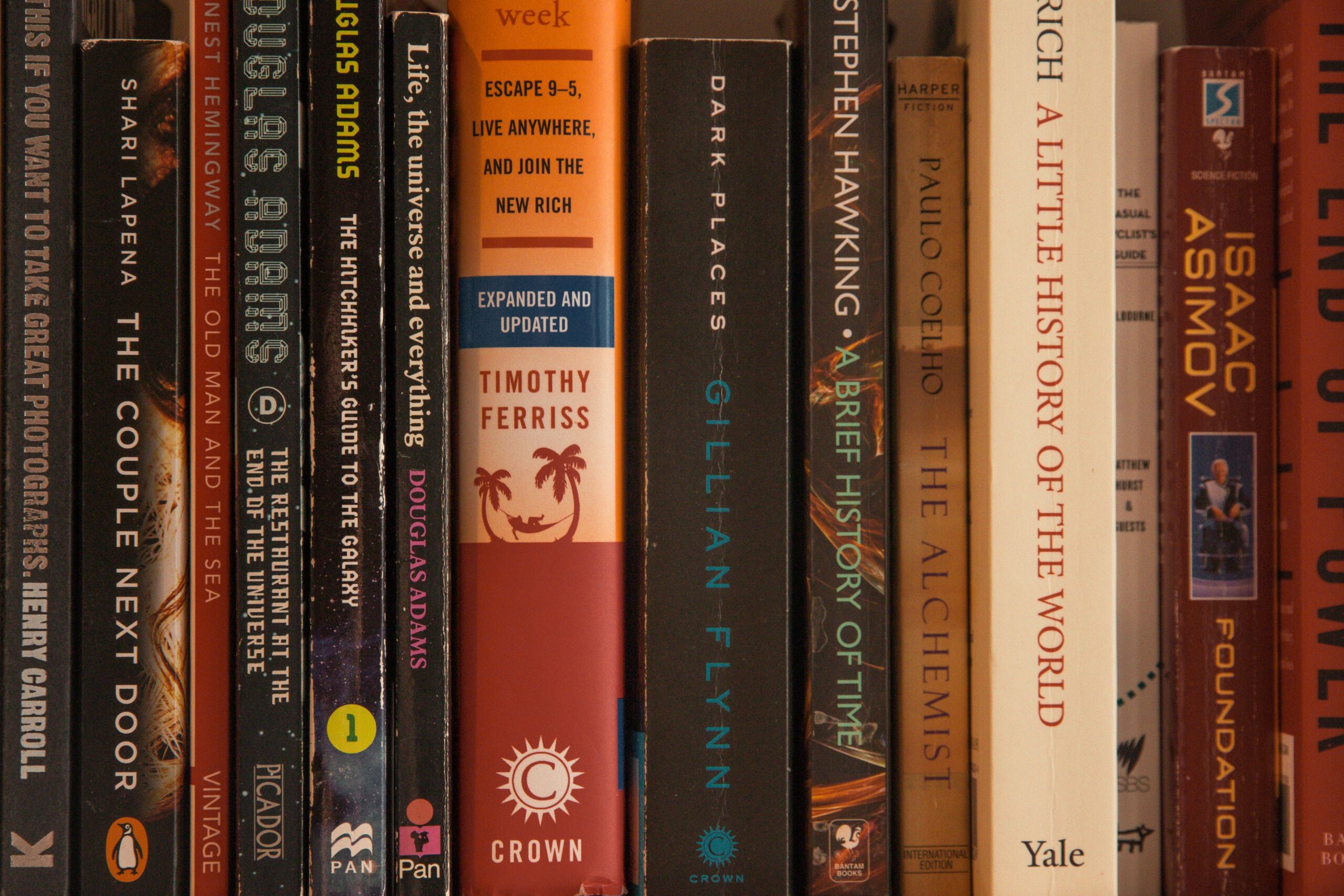 I published my first book with SBPRA (Strategic Book Publishing and Rights Agency) in 2012, back when I didn’t know enough about the publishing business. All I knew was that publishing was no longer like it used to be. I hadn’t heard about self publishing yet, but I was learning about vanity publishers. So, just like you, I started researching online. I found some happy and some unhappy customers, the price seemed OK, and the company looked legit. Finally, I sent in my manuscript. 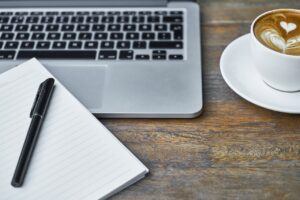 I still remember the excitement when I received feedback about my manuscript. The feedback was professional and detailed, and they told me that they wanted to publish my book. They offered me two different contracts from which I could choose. That’s how my SBPRA journey began, and it has been a rocky one. There are some things I was happy with, but there were also some factors that were unpleasing, frustrating even … So, my opinion is mixed.

To answer your most pressing question, are they legit? Yes, they are legit. Below, I will give you my review of this vanity publisher.

Price: depends on the type of contract

The Good & the Bad

PRO #2 – You get to pick the publishing contract that meets your needs the most.

CON #1 – Some costs seem unnecessary. A few years ago they charged me around $500 US to change a paperback into an e-book. Now I know that I can do that for free. Back then, I didn’t know that.

CON #2 –  bad communication. Emails are answered late, if they’re answered at all. I am having many issues getting a reply from SBPRA regarding a book I published with them. The only time I receive prompt replies is when they want to charge me for something. The support email doesn’t seem to work, and all other email addresses I have from them do not give me any reply either. Facebook messaging also doesn’t seem to get any results with them. This is the biggest reason why my qualification of them is so low. To ensure a successful partnership, good communication with your clients is essential.

CON #3 – I wasn’t happy with the editing. There were some errors which the editor missed and that I had to point out myself. The quotation marks change in the middle of the book. First they are like this – “”– Then they are suddenly like that – » – … That doesn’t make any sense. Unfortunately for me, I noticed this after the book was published, and any additional changes would incur more costs, which I couldn’t afford at that time. 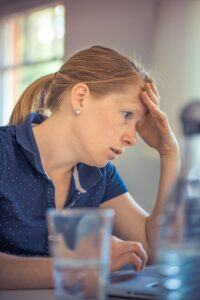 Who is SBPRA For?

This publisher is helpful for authors who do not want to go on the self-publishing route. Vanity publishers like SBPRA do all the work for you; editing and formatting of your manuscript, book cover design, information for back cover (if you publish a paperback), distribution to major online book sales platforms (for example Amazon, Barnes and Noble, …), and press release.

SBPRA converts paperbacks into Kindle versions (at an extra cost). It also offers marketing services in different price ranges. Not all authors are good at marketing and sometimes it is best to leave that up to the professionals. Let’s face it though, after you spent a year writing your novel, having to spend 1000s of dollars to get your hard work seen may seem a little discouraging to some. It was to me, so I passed on the marketing services and I decided to learn it instead. 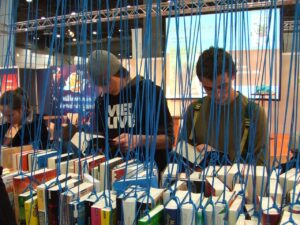 At an extra cost, SBPRA representatives will present your book at international book fairs. There are some huge book fairs such as the ones in Guadalajara, Frankfurt, and China where your book should be introduced. It will help get your book exposed and it can also result in getting your book uploaded on more online book sales platforms.

So, the tools that SBPRA offers are definitely useful and effective.

Support leaves much to be desired. As I mentioned before, when I sent them an email I got a mail error delivery message. It’s really a lot of work to get someone at SBPRA to answer you, unless you are paying them for some service … I also tried to contact them via Facebook messaging, but the message doesn’t seem to get delivered. I just see that it was “sent” …

They offer different contracts. The costs can run between 1000 – 2000 US dollars. They also offer cheaper options. For example, my contract stated that I had to pre-sell 100 books. Since hardly anyone paid me up front I had to buy them all first and then sell them – and remind people that they had ordered them … It was a big mess, and I wouldn’t do it again.

If I ever did a pre-sale again, I would organize it better, and I would make sure the profits were for me, since I am making the effort here. I would also do it directly on Amazon or Goodreads. Both platforms offer excellent tools for self publishing authors. Back then, I didn’t know much about vanity publishers. You live and learn. This is why I post my review, to help other authors who are – like I was years ago – not sure which route to take or which publisher is good, trustworthy, or should be avoided.

Regarding other expenses, I mentioned the various services that SBPRA offers (two paragraphs back, see “SBPRA Tools).

As an author, you need a good editor and a great book cover. Marketing is also extremely important. Just be prepared to have a budget ready for all of it. I’m not claiming that SBPRA services are overly expensive, because I don’t think they are. This vanity publisher has competitive prices. Nevertheless, adding up all expenses, depending on how many packages you buy, it can end up being quite a huge expenditure.

My Final Opinion of SBPRA

I used SBPRA once and I am not planning on using it again. Although they clearly have good sales teams, the author is expected to invest a lot of money to get his/her book introduced at book fairs. You need to spend more money if you want other services, such as getting your book on sales websites in other countries, book marketing in general, and so on.

Reviews about SBPRA are mixed. Some authors write glowing reviews about SBPRA, which I will share with you as well. One has to be fair, right? I will show you positive and negative customer reviews of SBPRA, and I’ll let you come to your own conclusion. 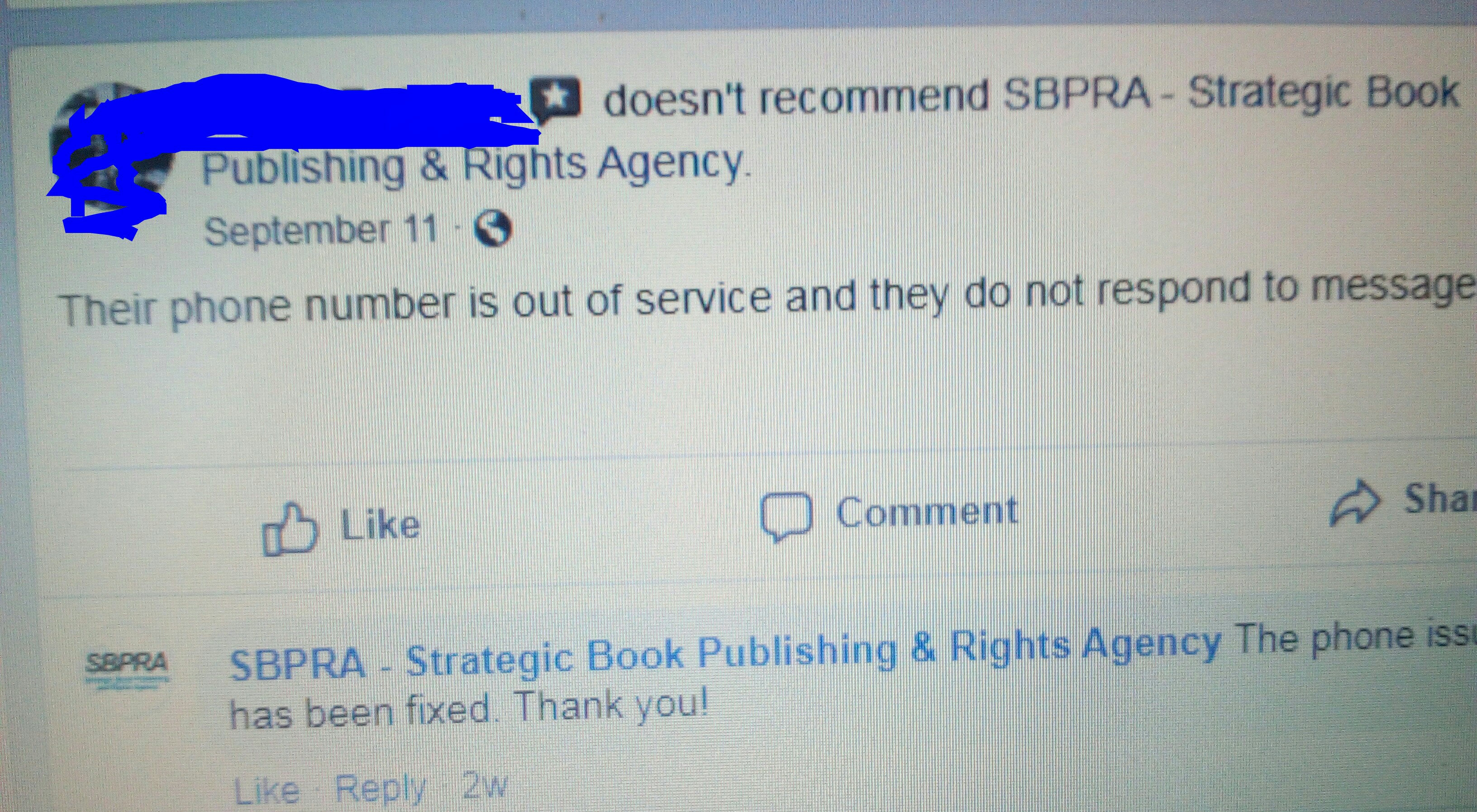 I still think though that their email response is usually faster if you are paying for some service or if your book is still in the editing – publishing process and frequent contact is still necessary. 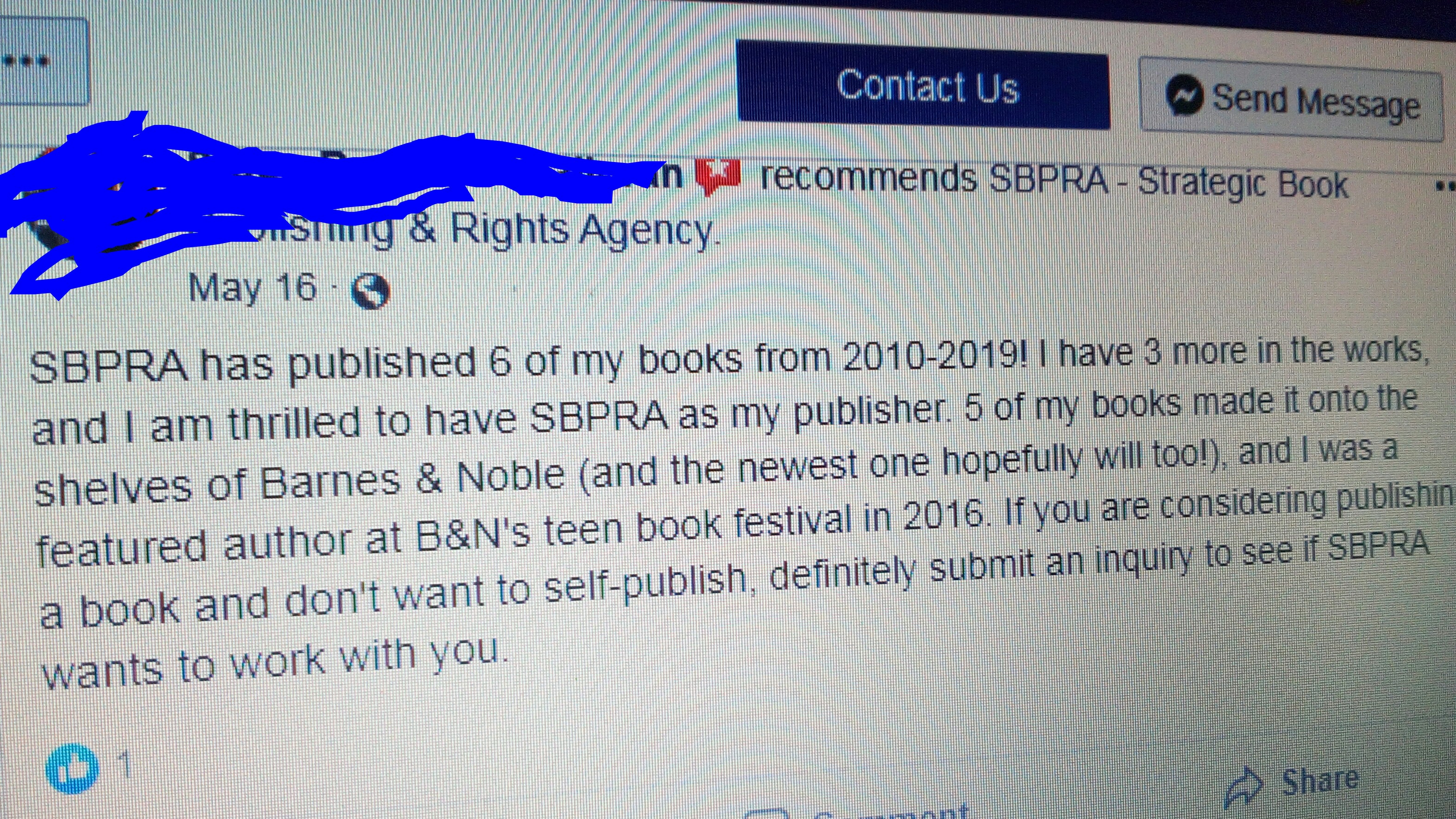 In my opinion, SBPRA may work for some, and it has been great for some authors, but it may also be the wrong fit for others. The negatives were too big for me. There were too many frustrations, in my case. So, you should be sure that this is what you’re looking for if you do decide to sign up.

SBPRA at a Glance…

Price: depends on the type of contract you select

8 thoughts on “SBPRA Publishing – Is it Worth it?”