Until now, I haven’t made a pre-order available so early, but so far I have also never written two books that were both based on dreams and both about the same characters. In November 2020 I had a dream about me battling flying metallic snakes, and when I woke up I immediately wrote it down. That gave rise to The Path of the Stone, a fantasy time travel to the early 18th Century, an adventure with harpies, pirates, and a witch, all in search of this powerful stone that can change their lives forever. 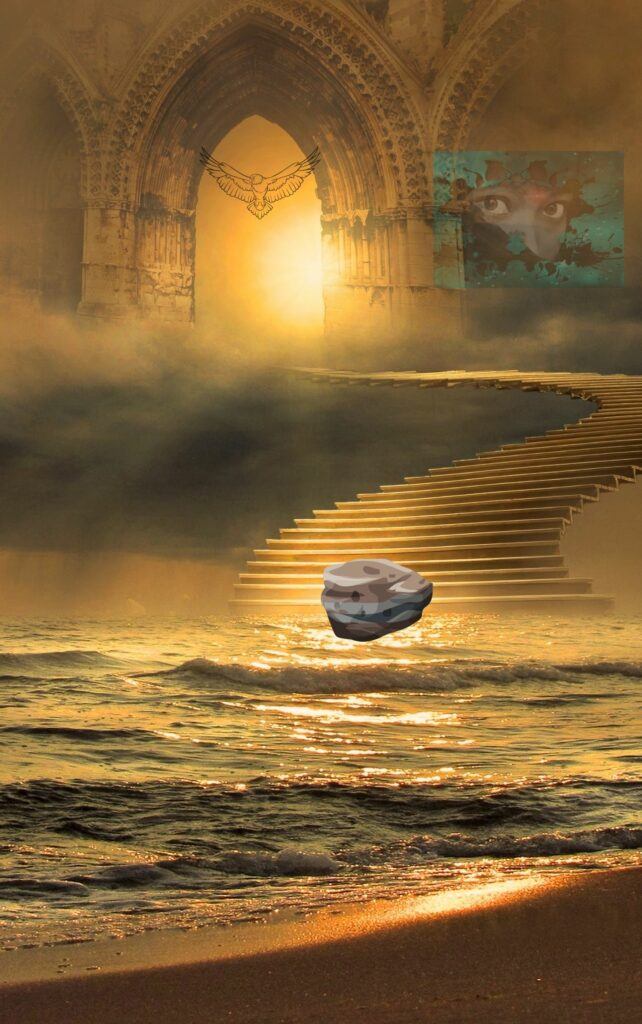 In May 2021 I published The Path of the Stone. It received a 5 star rating on Amazon. One of my prison pen pals also wrote a review in his email – since he obviously has no access to the internet – and he loved it. He told me that he didn’t want the story to end. Those words are a balm to my ears. Who doesn’t want to hear that about their work, right?

The Power of Dreams

All right, before I look like I’m praising my book a little too much, let’s talk about the prequel, The Rise of the Stone. A few weeks ago, in early September 2021, I had another dream that was pretty intense. When I woke up, I knew that I had to write it down, not knowing that this would lead to The Rise of the Stone. After writing the first page I suddenly realized that this was the back story of one of the characters in The Path of the Stone! I was writing the prequel.

I was baffled that both the main book and the prequel are based on two separate dreams, which I had about ten months apart. Wow, isn’t that unique? I really don’t want to appear like I’m blowing my own horn too much, but I can’t get over the fact that I had two dreams that led to this creation. 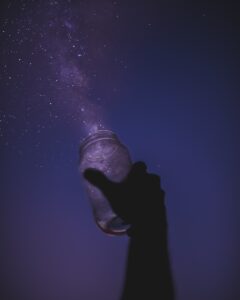 The Rise of the Stone

If you’d like to know more about The Rise of the Stone, here’s the synopsis:

This prequel tells us Azure’s story. Azure is the Queen of the Forest harpies who appears in The Path of the Stone as a major side character.

Her tale begins in Macedonia, in 809 BC, during her mortal days, and chapter 1 pretty much details my recent dream.

Bhava, Azure’s best friend, is marked to die. The scaffold is being prepared and the town’s female healers are lined up for execution. Soon, the authorities will be coming for Bhava, because she has healing powers and is therefore feared as a witch.

Unwilling to let this happen, Azure orchestrates a daring escape and saves Bhava’s life. Forced to leave town, they embark on a daring journey to Gaul where Bhava’s mother lives. The trip is not without its dangers, and as obstacles and attacks pile up, Azure quickly discovers that Bhava’s skills extend far beyond healing.

When they reach Gaul, the truth about Bhava is finally revealed.

Azure, having witnessed Bhava’s unpleasant changes during their journey, now watches her unite forces with Boudicca, her mother, a dark witch, and after Bhava’s final betrayal against Azure, she leaves her forever, not knowing that her own journey is only just beginning.

A village of harpies – Boudicca’s mortal enemies – awaits Azure, making her regret ever having saved Bhava’s life. Soon, all hell breaks loose, and Azure will have to go to extraordinary lengths to survive.

Besides Calliope, who was a favorite character with readers, witty Captain Green and his pirates also make an appearance in the novel. More about Azure’s and Green’s back story will be revealed.

Eva, Darryn, and Daniel are absent in this novel, since they live in the 21st Century, and The Rise of the Stone takes place in ancient times. In part 3 it moves up to the late 17th Century, Captain Green’s era.

Aeron and Zora also make a come back in The Rise of the Stone. Aeron plays a big role and you’ll see an entirely different version of him, not the evil fiend of The Path of the Stone, but the benevolent ruler of the harpies and his inevitable path to darkness.

The Stone and its creation is also an essential part of the story. Somehow, it’s a character too, even if it doesn’t speak, but it matters a lot to all creatures involved.

Ora led me back to the harpies on the beach. They were still sitting in a circle. The sun was an orange fireball that sizzled over the ocean, ready to ascend to the sky. Golden and violet streaks bathed the fluffy clouds in glorious colors, providing us with a beautiful spectacle to behold. Nonetheless, all eyes were on me.

The harpies rose, staring at me in my full harpy form. Some seemed surprised at my survival, others held their hands over their mouths in shock, and a few looked mighty relieved. It was obvious that none of them had expected me to survive and I knew right then that this drastic turning procedure had been attempted before and failed.

“You are a miracle,” Bellisenda snorted.

“And that bothers you,” I retorted, knowing that she couldn’t hurt me anymore. She grunted in response and walked off, heading towards the water. She stood there, letting the sea cover her naked feet, and her back turned to us as if she was the one who needed a break and not I.

“Look at your hair,” one of the harpies said. I picked up a strand and moved it over my shoulder to see it. It had an intense blue color, sparkling like sapphires in the morning sunlight.

“It’s azure blue, just like your name,” Ora commented with a smile.

“It’s beautiful,” the other harpy said. Her yellow eyes gazed at me and her doll’s mouth curled into a grin, revealing her sharp teeth.

Additional Comments and a Discount 🙂

In my next post I will share another excerpt, this time it will be a part of chapter 1, the section that is based on the dream I had. I hope that you enjoyed this small excerpt for now.

The Rise of the Stone is available for pre-order. I am planning to release it in May 2022, exactly one year after I published The Path of the Stone.

16 thoughts on “Pre-Order Fantasy Book: The Rise of the Stone – Prequel to The Path of the Stone”