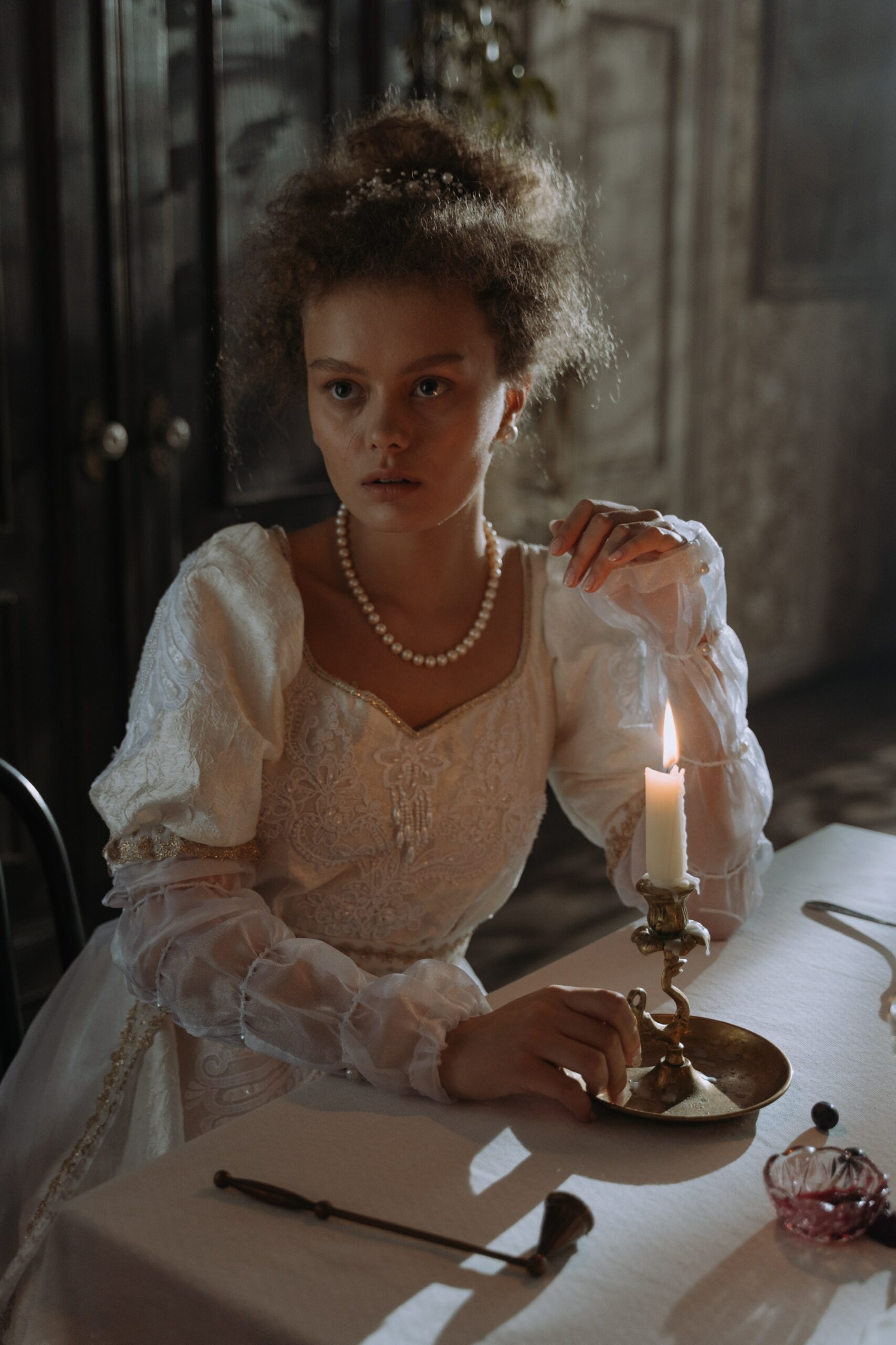 “These are more the vampires of Bram Stoker than the cheesy vampires of this century,” claims one Amazon reviewer. The book Aurélie Survival has earned several 5 star reviews, so I thought it was time to ask the bloodsucker in person some questions.

Aurélie was alive during the times of the French Revolution and was turned by a vampire of Ancient Rome. Her story takes us through events of the revolution and post-revolutionary times, introducing us to other immortals and some interesting human allies. For a full synopsis of the book, please check this link: Aurélie Survival.

Without giving away any spoilers, and hoping not to lose any blood in the process, let’ s see what Aurélie has to say about the French Revolution, vampires, humans, and matters of the world.

Interview With a Vampire

C. Dear Aurélie, thank you for joining us today. Could you tell us how long you have been a vampire?

C. The one who turned you came from Ancient Rome. How long had he been alive at that time and why was he in Paris?

A. Lucan must be nearly 2000 years old. He came to Paris, because he was hunting a dangerous vampire who had wronged him in the past. That was when our paths crossed.

C. Tell us about your first meeting with him.

A. (smiling) It was during the September Massacres. I was horrified at the bloodshed and I ran to get away from it all. I slipped and fell. Lucan helped me up, and that was how it began.

C. Did you know that he was not human?

A. I had no idea. He was charming and his eyes mesmerized me. I did notice that he was a little pale, but it never occurred to me that he couldn’t be anything but human. Who would even think of vampires? One of the many advantages our kind has is that you humans do not believe in us. It allows us much freedom.

C. Can you give an example of such freedom?

A. Yes, of course. We can walk among you. I like to apply a little rouge on my face and arms to make them appear more human. Like this I can attend public events, such as the theater, a night at the museum, art evenings, or small local concerts. I do not like large concert halls, though. I try to avoid big crowds. 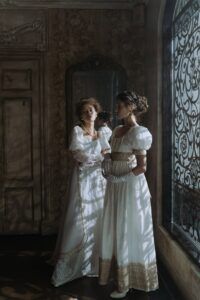 C. Do crowds present danger to you?

A. Not really, but it is a habit of mine. It comes from my mortal days in the French Revolution. There I sometimes witnessed the atrocities angry mobs were capable of, and ever since then I have avoided them like the plague.

C: Which is your worst memory of the French Revolution?

A: The senseless killings; the many executions of people of the lower classes, for which, ironically, this revolution had been initiated; and the flimsy charges that could get someone a death sentence.

C: It sounds a bit surprising that you would say that.

A. Because I am a vampire? I guess I can understand why you would think so, but during the Revolution I was mortal and I witnessed much unwarranted violence. It isn’t easy to forget, even as an immortal, even if I slay others to survive. I saw how Princess Lamballe was murdered on the street, literally cut to pieces. I was there at the Storming of the Bastille and saw what they did to the guards. Those are things you can’t just erase from your mind.

C. Did the Revolution change you?

A. It did. The woman who participated at the beginning of the Revolution was not the same who ended up running from it.

C. How long had you known Lucan when he turned you?

A. I didn’t really know him that well. I had only met him once before. He came to the rescue when my life was in danger. If he hadn’t done that, I wouldn’t be sitting here today.

C. What went through your mind when he was about to turn you?

A. So much in just a few seconds. It’s hard to explain. I was in the throes of death and Lucan gave me a choice. Live or die. I chose to live and I became immortal, not knowing what I let myself into. It was hard to comprehend what was happening, but in those lurid moments before death we often find ourselves much more accepting of the supernatural.

C. I know that Lucan and you have a strong bond, but there was another player in the story, wasn’t there?

A. Yes, Seraphin (she shakes her head slightly and smiles endeared). He was mortal when I met him, I was already a vampire.

C. Did things ever get resolved with him?

A. I can’t tell you that. You said that you didn’t want to give any spoilers.

C. I did, didn’t I? I guess I couldn’t help myself a little. I really wanted to know.

A. Seraphin is quite a character. He hasn’t changed much in these past centuries.

C. Are you still in touch with him?

A. I believe that he’s in Haiti.

A. Yes, there’s a whole story behind that. He is writing and editing his manuscript as we speak. I’m not sure when he’ll publish, though. Seraphin can be conflictive at times, and he might shock some readers with parts of his tale.

C. I would love to read it.

A. So would I (laughs). Although we spent quite some time together, there is a lot I don’t know about him.

C. What are your thoughts on our world today? Do you find humankind much improved?

A. I need to think about that. Although there is plenty of evidence of improvement, I must say that I do not see it everywhere. Justice still isn’t served and it often seems as ineffective and corrupt as it was in my times.

C. Surely, it must have gotten better. You mentioned that people were guillotined on the flimsiest charges during the French Revolution.

A. Yes, that is true. I suppose that some things are much better now, but I still see many injustices, such as excessive punishments, hurting others just because someone can, abuse of power, angry and destructive mobs, and I could go on.

C. We still have a lot to work on.

C. That’s good to know. Well, I won’t keep you (what if she gets hungry?). Thank you very much for this interview, Aurélie.

A. It was my pleasure. And don’t worry, I fed before meeting you.

C. I thought that you usually refrained from reading others’ thoughts.

A. Not always, though. (she smiles, revealing her fangs)

You can also watch the interview here 🙂

If you’d like to get to know Aurélie better and learn her true story, you can purchase the books on Amazon as either e-book or paperback. I’m not sure if I could convince her to sign them for you, though. It’s not easy to get a hold of her. 😉

Amazon disclaimer: as an Amazon associate I earn a small commission from qualifying purchases, at no extra cost to you.

14 thoughts on “Aurélie Survival – Interview with a Different Vampire”